a game about boxes, both red and black

by william_williams
programming by joshua wilson

This game (it's really a sandbox/interactive system but nevermind that)---as far as I could discover---is of course very simple and abstract, with nothing to really accomplish. However, I feel that it teaches a good lesson about fun and game feel, as even an empty sandbox like this is still fun to play around with due to the interactivity and persistence that makes the player feel like they have an impact on the world. The freedom of expression and ability to mindless play with the environment and leave a lasting mark on it is inherently fun, and something that can (and should!) be observed and utilized in many, many other games.

Unfortunately, I had to pretty much mute this game after a time, and that's unfortunate because it's clear that the music is supposed to be the main element of the game to be enjoyed. And the music itself is very nice; but the sound effects ruin the audio of this system for me. It's an annoying, tingy, repetitive sound that constantly screeches out every time I do anything, in succession. It was incredibly grating on the ears. There also seemed to be unrelated SFX audio problems, with pop-in and odd behavior that just hurt my hurts. If the SFX could be disabled this game would instantly become much better.

Aesthetically, the simple graphics and colors of this game are very pleasing. It feels good to play and I obviously got lost in it for a good while, though I wish there was more to do/be discovered. It's very artsy, which unfortunately is not a quality that makes it very replayable.

I look forward to trying out your other published game there which seems like it will be very different. 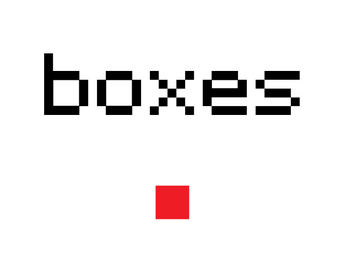